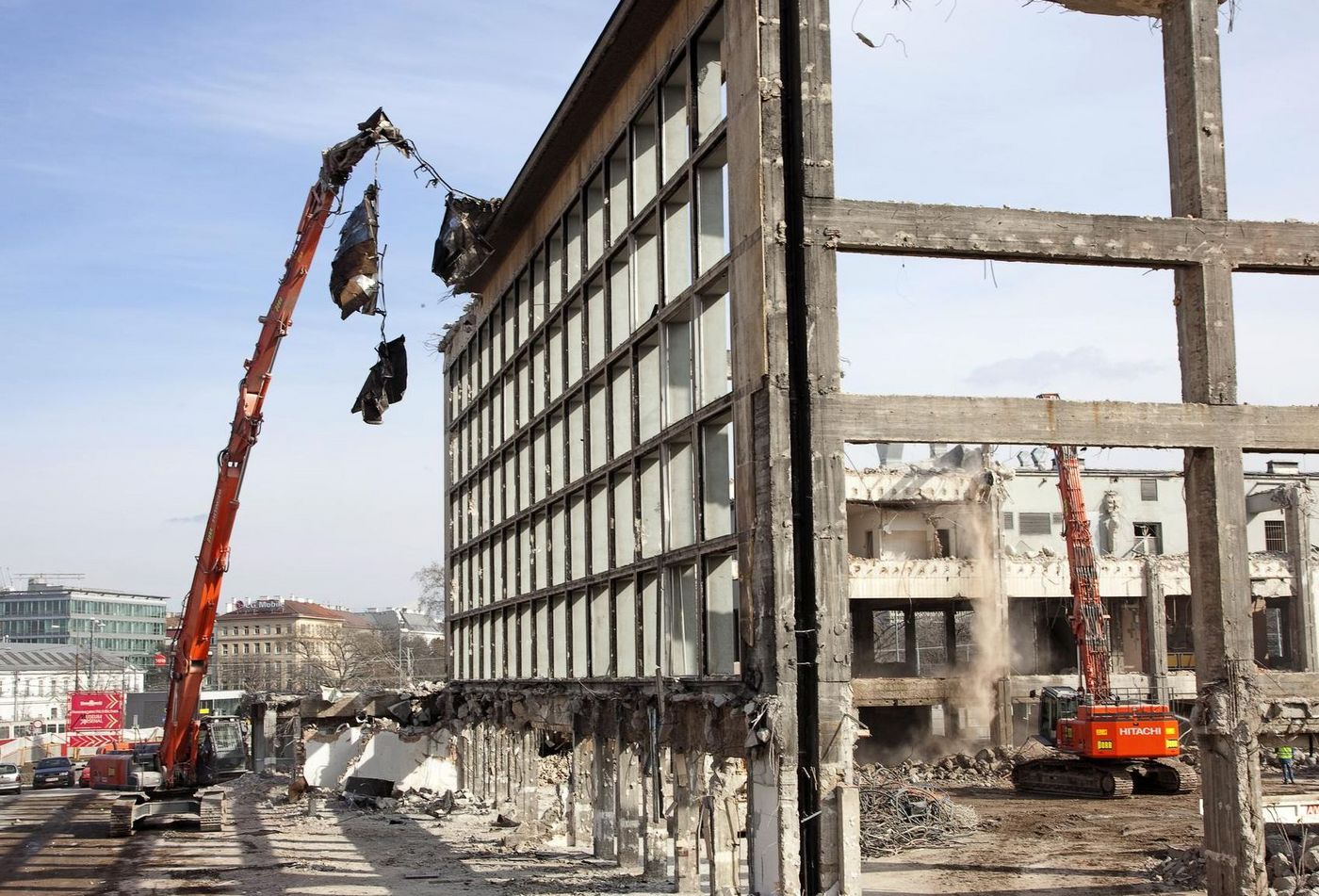 Clearing the stage for a centennial project.

Before construction on the planned Vienna Central Station could begin, the site had to be cleared of any existing buildings, structures and facilities, making the plot ready for construction. A consortium that included PORR was responsible for this task. The scope of the tender, which related to a built-up area of around 20,000m2, not only included the south and west railway stations along with their platform buildings, but also the WIPARK garage situated on the Gürtel ring road, a post office, a guardhouse and a car dealership. The enclosed space of all of the properties and their filled ground totalled around 445,000m3; the maximum height of the buildings was 23m, while the maximum depth was 7m. 20 heavy-duty demolition excavators of up to 70t worked around the clock along with numerous small machines and around 100 machine operators, experts and labourers, to ensure that the works were realised to plan and on schedule.

Priority on reducing emissions.
One special challenge on this demolition in the centre of the city was keeping the dust pollution to a minimum for the workers and neighbours. To this end, PORR used snow cannons and a water atomiser system that had already proved successful on another project. In addition, water trucks were regularly used to spray the site roads and the project area, while tyre-cleaning facilities also helped to reduce dirt. At the same time, PORR placed a high priority on using reduced-noise construction machinery and transport vehicles.

The remains of earlier railway stations that were discovered during the demolition in the area of the south and east platforms were excavated and documented by archaeologists under the direction of the National Heritage Agency before later being dismantled. In addition to the dismantling works, comprehensive asbestos abatement measures were required, along with the removal of other hazardous waste.

Successive demolition of the building’s skeleton

The massive scope of the demolition works required the use of heavy machinery. 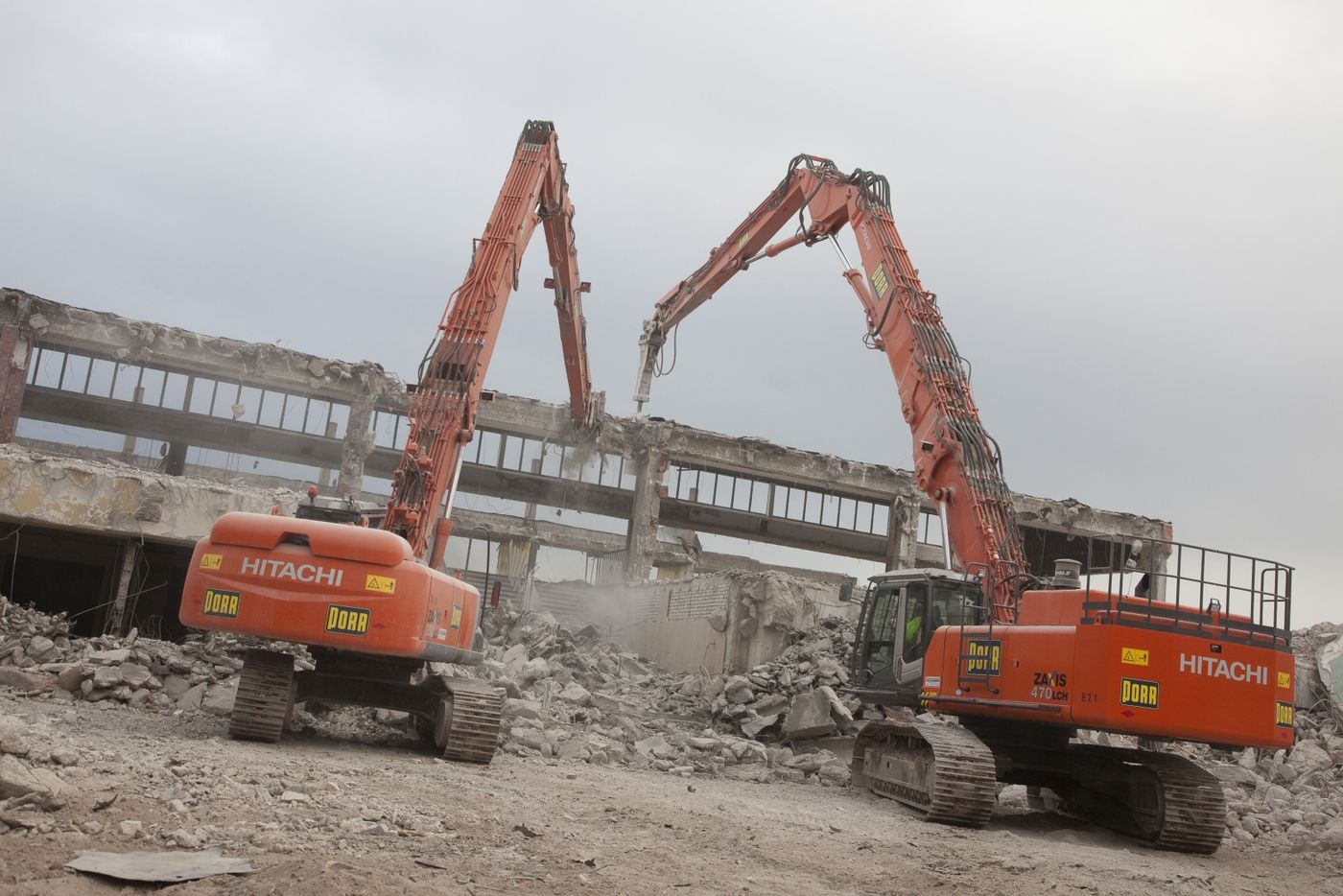 Around 445,000m³ of enclosed space had to be removed before the new construction could begin.

An area of around 20,000m² had to be readied for construction.