Expansion of Innsbruck’s Tivoli Stadium and return to original state 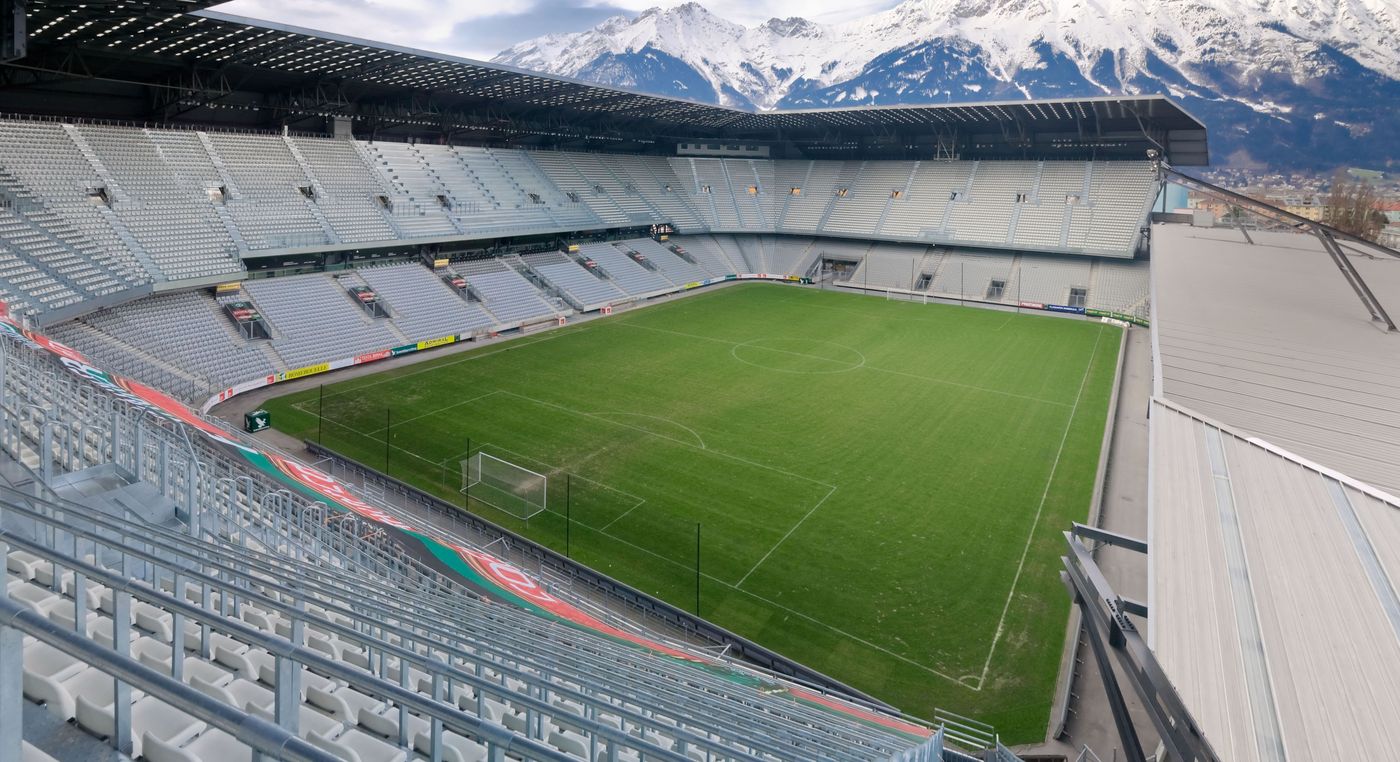 Sporting construction performance for the EURO 2008

Innsbruck’s Tivoli Stadium was put into operation in 2000 and – then, just like today – provided space for 15,000 spectators. Prior to the EURO 2008, the stadium needed to be expanded to a capacity of 30,000. Furthermore, its infrastructure had to be updated to meet UEFA criteria. After the EURO 2008, it was to be returned to its original state. The fact that federal league matches were staged during the entire expansion and dismantling period presented a great challenge.

The project was divided into three phases:

To double its capacity to 30,000 spectators, the stadium was raised on three sides by up to 24m to reach a new roof height of 42m. The fourth side (eastern side) remained untouched by the construction measures and maintained its height of 18m. Once the foundations had been created using a combination of micro piles (GEWI piles) and single and beam steel concrete foundations, the 18m-tall existing roof measuring 11,500m² located on the southern, western and northern sides was integrated into the newly erected roof structure. Thereby, the steel superstructure with its aluminium profile roof was expanded by a further 9,500m² of steel profile roof to reach an overall size of 21,000m². To distribute an additional 15,000 people over the three-sided raised stadium structure, an 8,000m² area, the so-called “divider level” was constructed at a height of 18m. In accordance with UEFA specifications, the technical building installations were expanded and adapted during the construction phase. In particular, the floodlight and public address systems were expanded and newly installed. Two video walls some 31m² in size were incorporated into the roof structure of the expanded system.

Phase 2: Event preparation (construction time: September 2007 to March 2008)
Immediately prior to the EURO 2008, the entire temporary event areas and rooms around the stadium needed to be installed. For this purpose, 30,000m² of adjacent grassland were converted to parking lots, safety zones as well as areas for the public safety organisations, press and the media as well as for VIP hosting services. Additionally, the field was completely renewed for the Eurocup matches to be held and first-level support during the matches was provided.

Phase 3: Dismantling after the EURO 2008 (construction time: July 2008 to April 2009)
Between July 2008 and April 2009, the expanded stadium was returned to its original capacity in a mere nine months. In the process, certain upgrades installed for the EURO 2008 were adapted and kept for future use.

Installation of the southern stand expansion