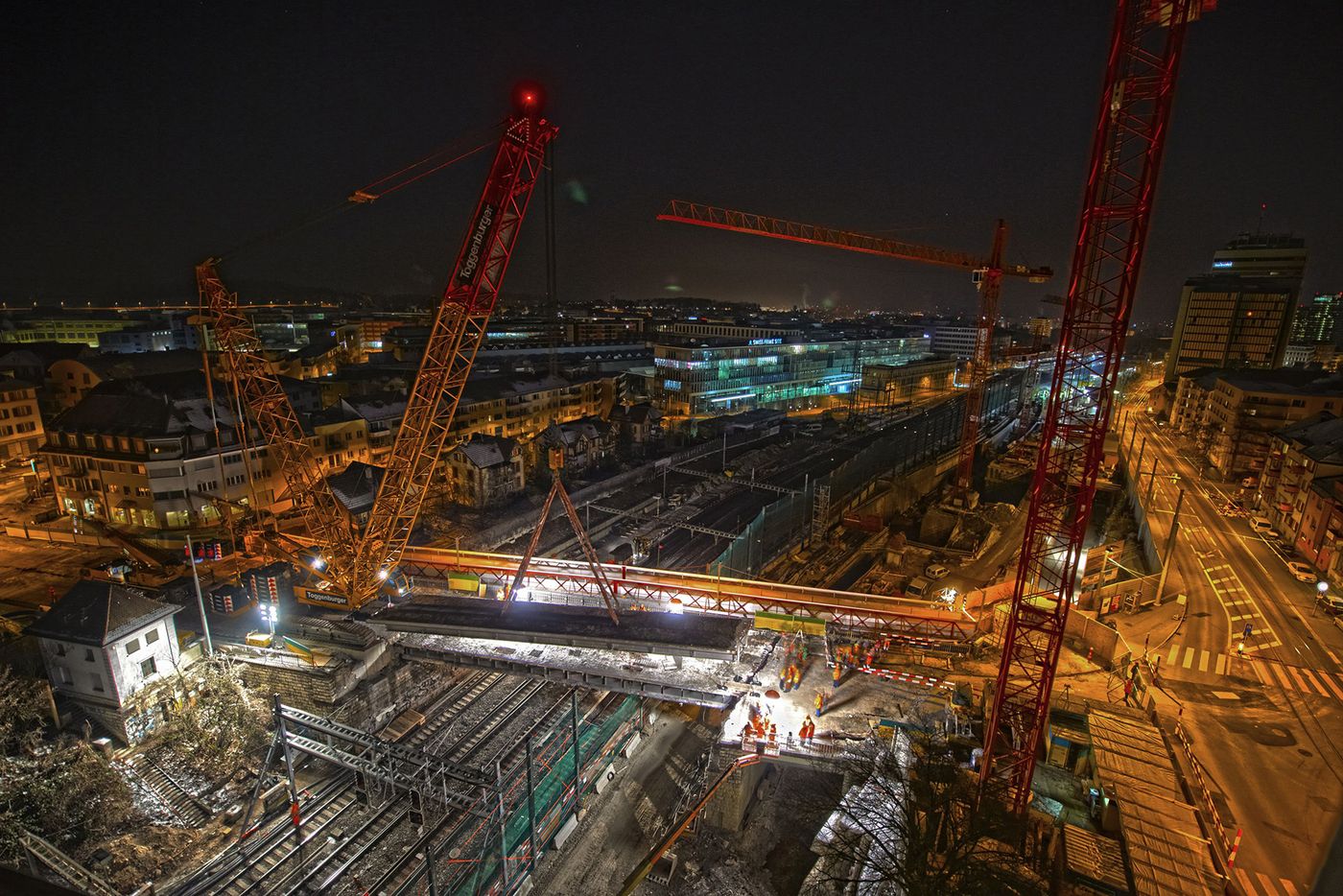 As part of the finishing works on section 4 (Oerlikon integration, subsection 4.006), PORR was contracted by the Schweizerischen Bundesbahnen to perform comprehensive civil engineering works right next to the still-operating platforms.

The section between Oerlikon and Zurich central railway station went into operation in mid-June 2014. Intercity trains from the west of Switzerland have also been using this stretch since 2015 to travel on into the east of Switzerland.

The days of the old Regensburg bridge are numbered.

Night works on the 100-year-old Regensburg bridge involved the use of a tracked crane to remove the old bridge in three sections and, ultimately, replace it with a new and longer structure. 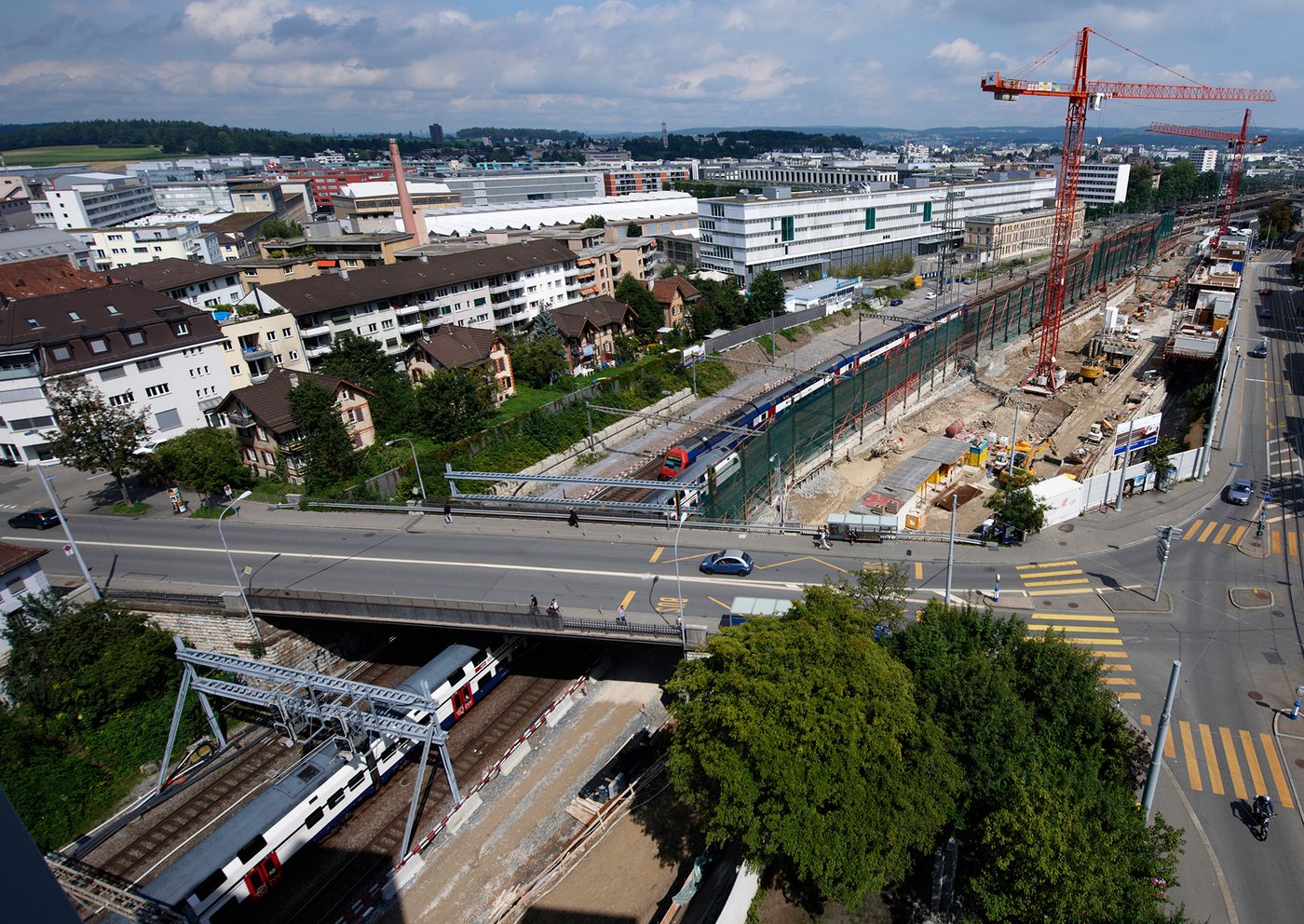 The addition of two new platforms meant a new bridge was needed. The old bridge was too short to cross what is now an 18m array of platforms.

Zurich by day and by night.

In order to complete the construction scheme as quickly as possible, the PORR team continued work at nights and on weekends.

© PORR
Print project
Back to overview