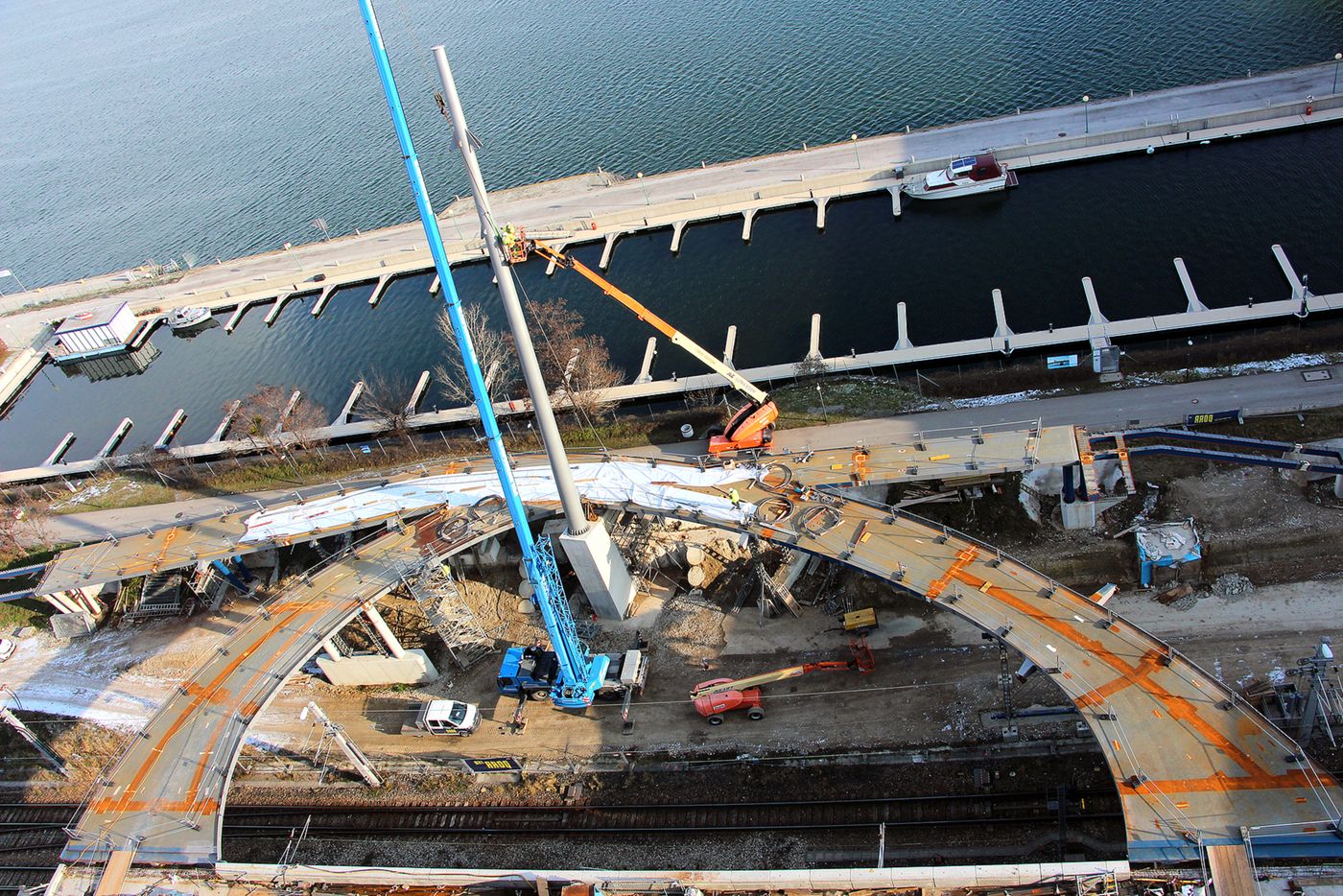 The innovative Marina Tower urban development project in Vienna, on the River Danube, is directly linked to the Marina Deck, which forms a large connecting area over Handelskai road. The Marina Deck also connects Wehlistrasse directly to the right bank of the Danube, Vienna’s marina and the nearby underground station. The project has attractive recreational and leisure areas, for the general public as well as the Marina Tower residents. PORR Bau GmbH’s steel construction department was responsible for building the bridge on the waterfront.

The structure comprises three separate superstructures. The core is the curved steel bridge with an inclined pylon. A variable-width superstructure is suspended from this, guided around an open eye. The cable structure is inspired by the adjacent marina and creates visual references to the rigging of a sailing ship and the neighbouring Donaustadt Brücke. The curved steel bridge is enclosed by composite beam structures on each side.

The roadway curves in all dimensions, its width varying from 3m to 11m. The maximum span is 50m, the total length is 220m. The inclined pylon is 30m high and designed as a conical steel tube, narrowing in diameter from 1.2m to 0.6m. The structure is vulnerable to oscillation; to combat this, a damper will be installed in the tip of the pylon. This last refinement is to be completed at the end of the work, based on oscillation measurements on the finished bridge.

Building the Marina Deck wasn't just a major challenge at the planning stage: there were also challenges to overcome during production and assembly. Due to active rail operations, the main assembly stages could only be carried out during periods of track closure agreed with the ÖBB, the Austrian Railway. PORR’s sister company Eisenschutzgesellschaft m.b.H and our Specialist Civil Engineering department worked shoulder-to-shoulder to overcome all the challenges successfully. The remaining work was completed by mid-2021.

The sweeping curves were perfectly implemented. Cherry pickers were used to bolt the cables to the pylon. 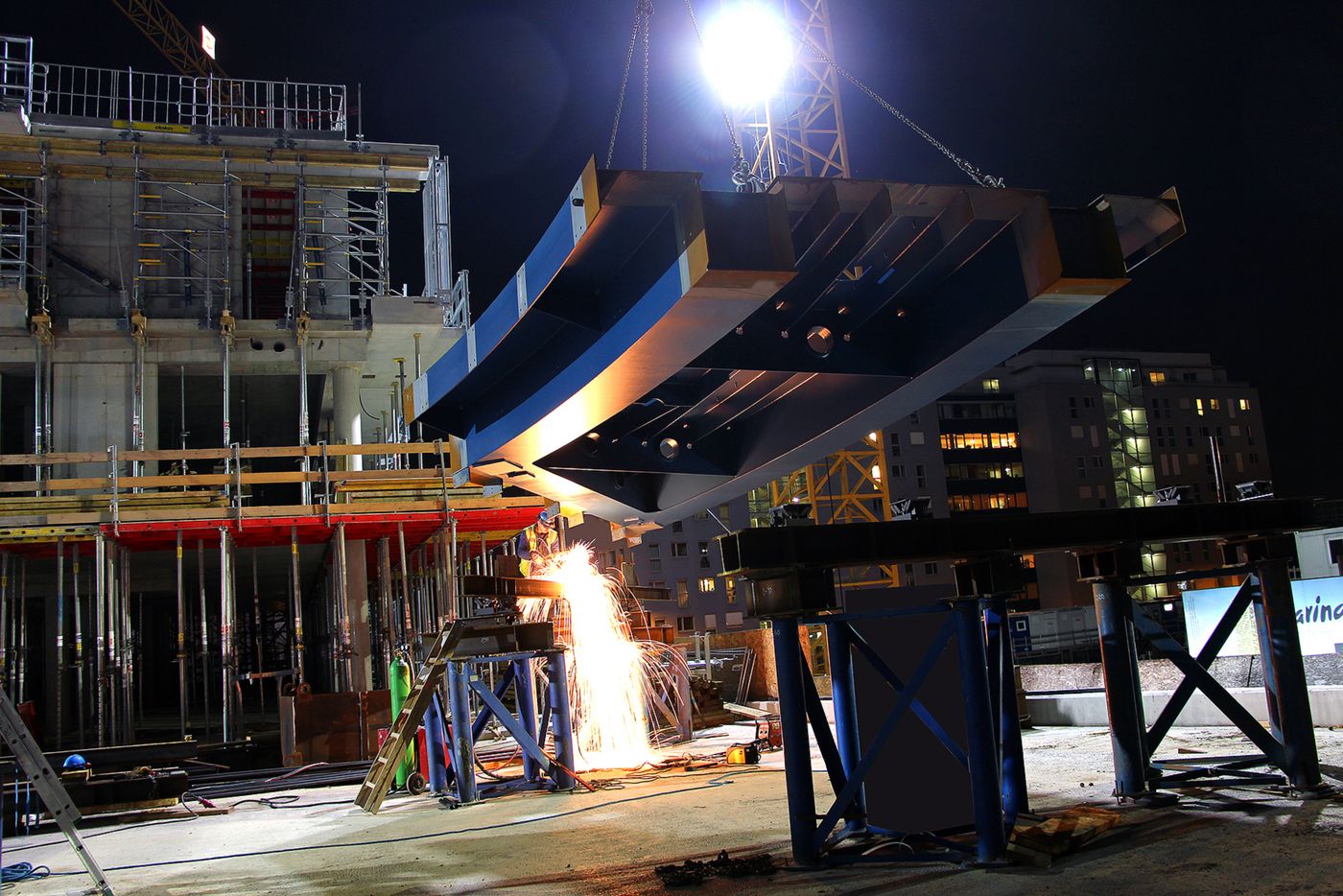 We welded the individual parts together on the construction site and then lifted these large elements into place. Maintaining the geometry took top priority during this process. 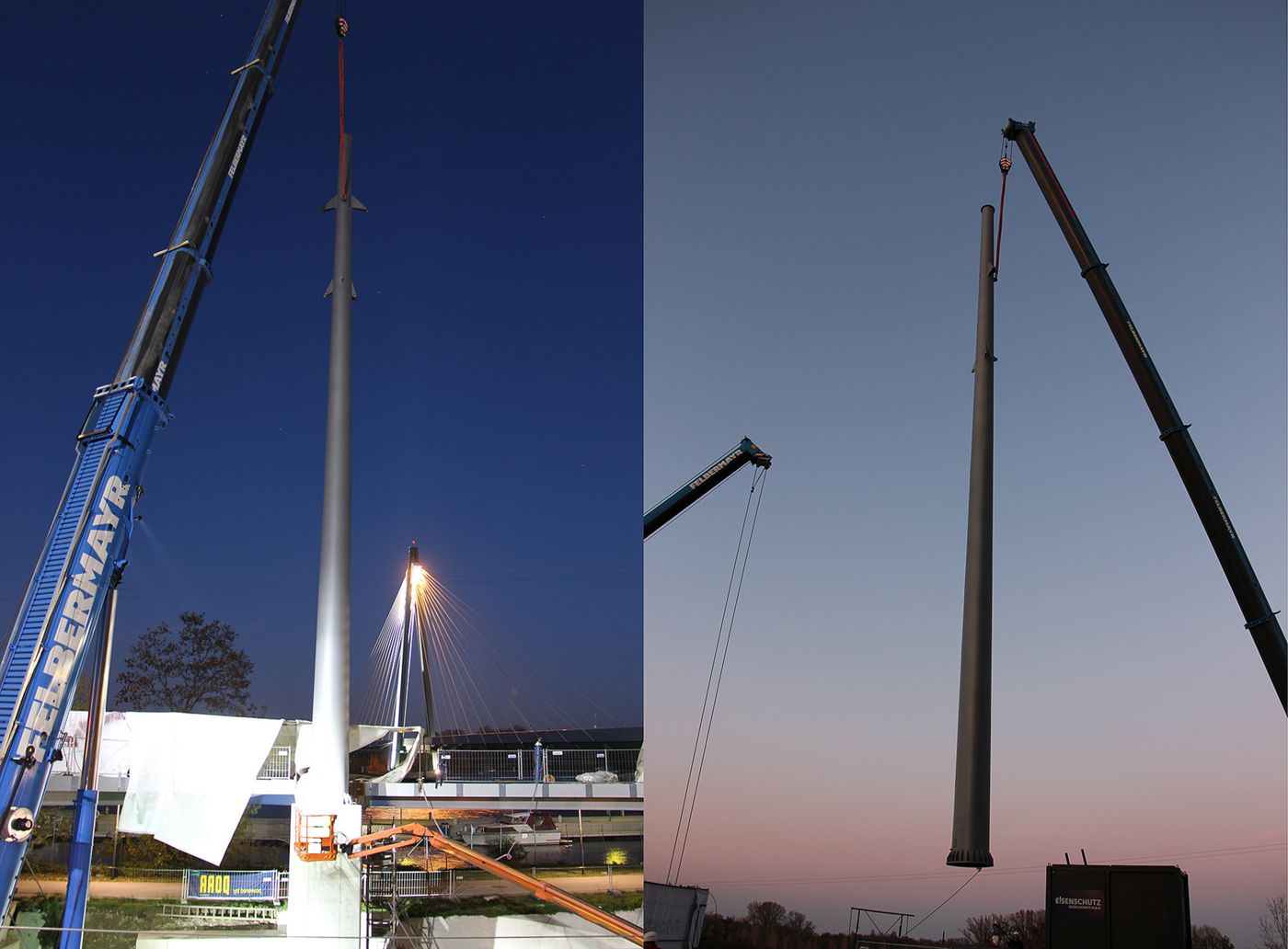 The pylon was lifted straight from the special transport and rotated into place using two cranes. Once it is in its final position, our sister company Eisenschutzgesellschaft m.b.H will apply the corrosion protection using cherry pickers. 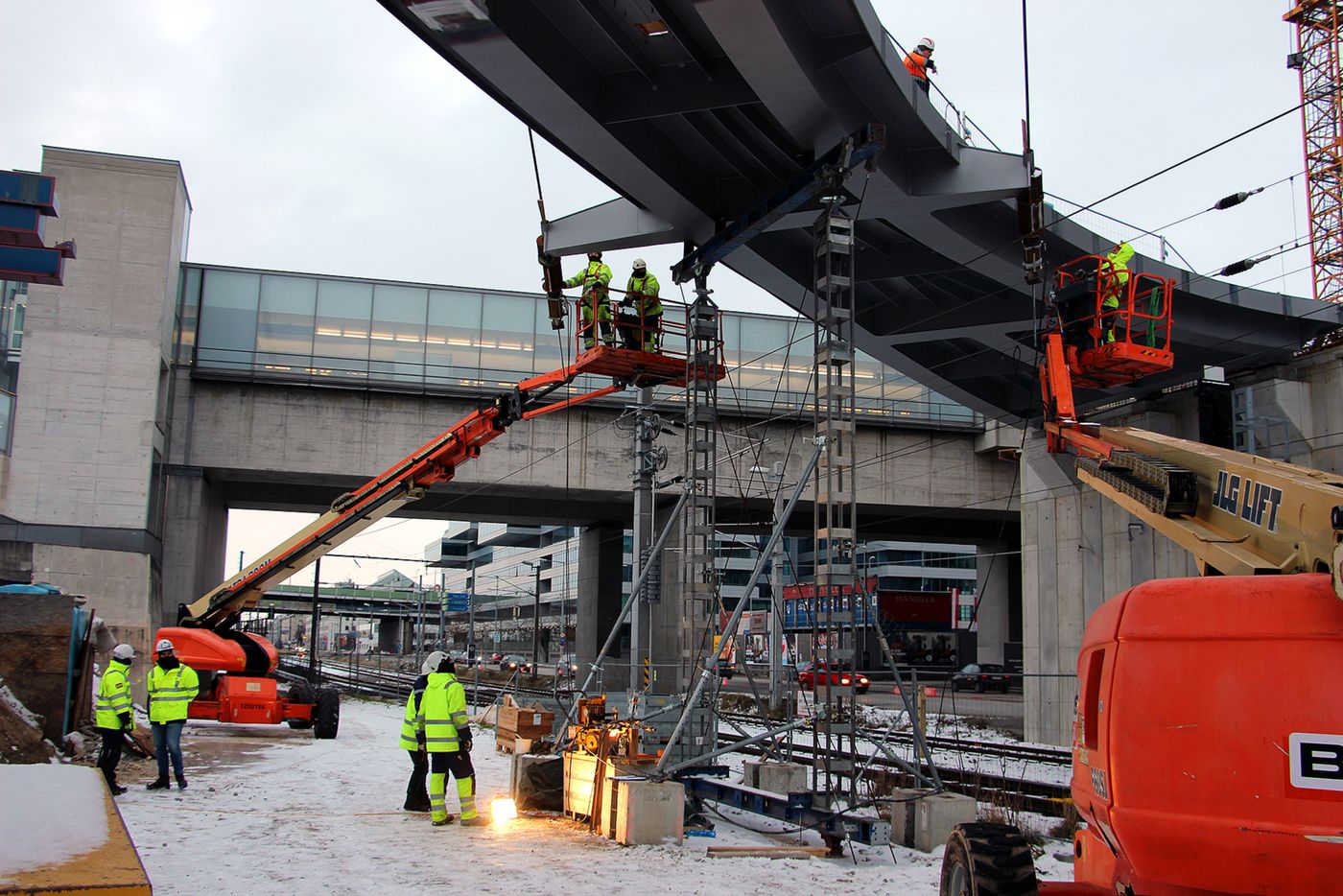 The cable pre-stressing process was worked out in close coordination with the experts in the Specialist Civil Engineering department.

© PORR
Print project
Back to overview