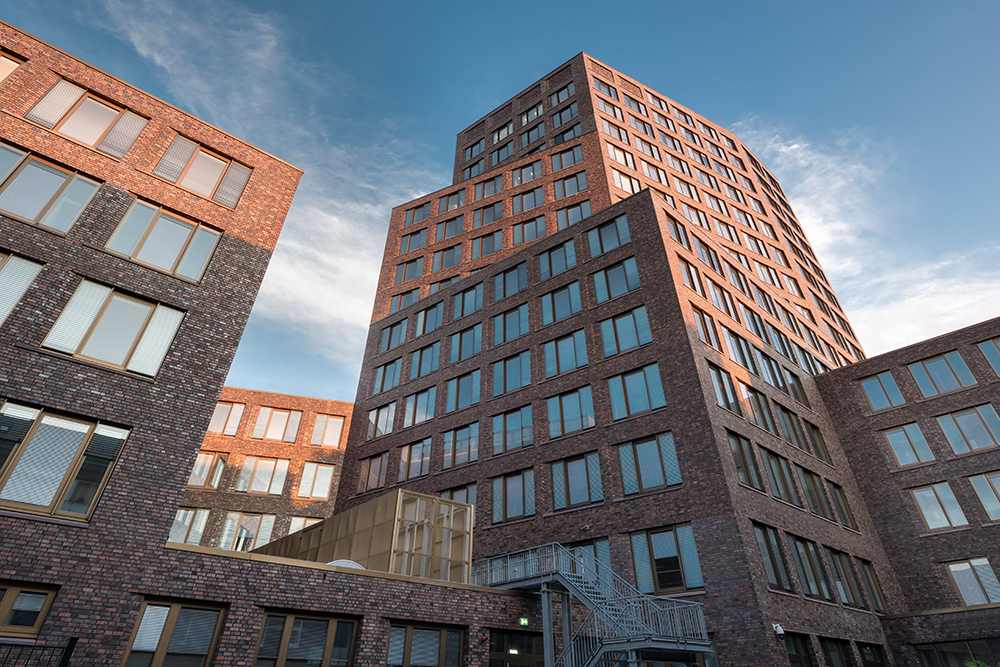 The building construction department at PORR’s north German branch has constructed the VBG’s new main administration building in Hamburg-Barmbek, on the site of a former bus station. The Verwaltungs-Berufsgenossenschaft (VBG) is a provider of statutory accident insurance in Germany. The finished construction at the Hamburg site contains offices for some 680 employees, with the ground floor providing spaces for retail and service outlets as well as restaurants. PORR subsidiary pde Integrale Planung GmbH was responsible for closing the gap between performance phases 3 and 4 and for execution planning (performance phase 5).

Permit planning for the five-storey perimeter block construction and 15-storey office high-rise, with a gross floor area of approximately 35,400m², was provided by Hamburg-based project developer ECE. The flexible floor plans allow for variable office partitioning to facilitate long-term use with different configurations. Two underground garage levels provide around 280 parking spaces. The high-quality textured clinker brick façade, featuring window elements of different sizes, is a successful new interpretation of the brick architecture typical of the Barmbek district. The building received the DGNB certificate in platinum and thus meets the highest standards in terms of sustainability.

Setting the standard for accessibility

The German statutory accident insurance association has its own department of Accessible Workplace Design, which works to design educational and work facilities as accessible venues. This department falls within the purview of the VGB in Hamburg, which is why the VBG consistently provides an outstanding example of inclusivity in its role as an employer: 10% of its workforce are classed as having a severe disability. The site’s proximity to the fully-accessible Barmbek railway station, an important hub in Hamburg’s rapid-transit rail network, was one of the most important factors in the decision to build the new VBG headquarters in Hamburg’s north-east. The building and all entrances satisfy the highest standards of accessibility and workplace safety. A tactile guidance system assists the blind and visually impaired in navigating the interior of the building.

PORR received an order for the turnkey-ready construction of the new VBG headquarters. 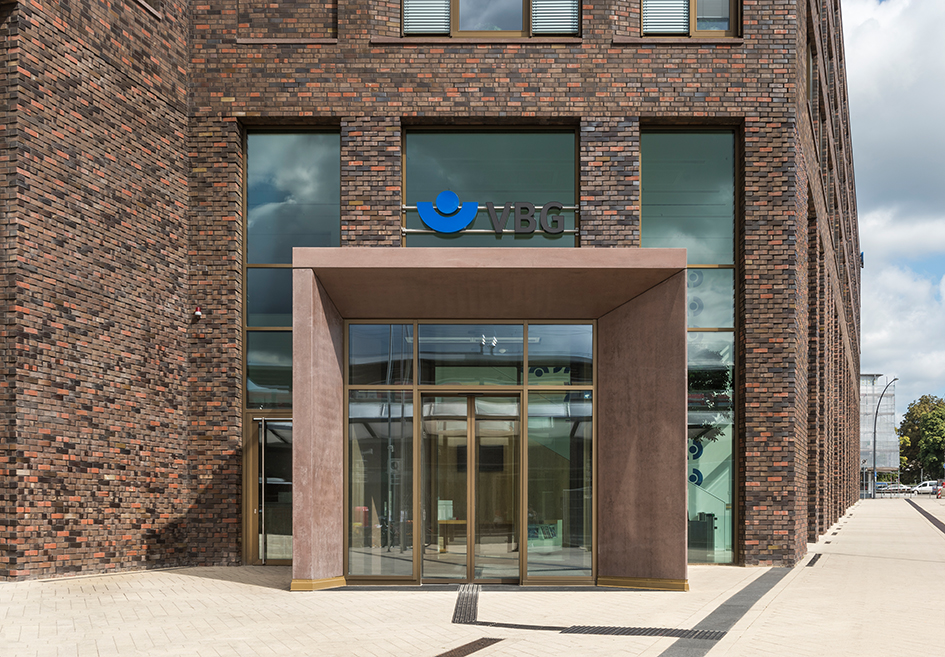 In addition to the main entrance, there are numerous retail shops, service providers and restaurants on the ground floor. 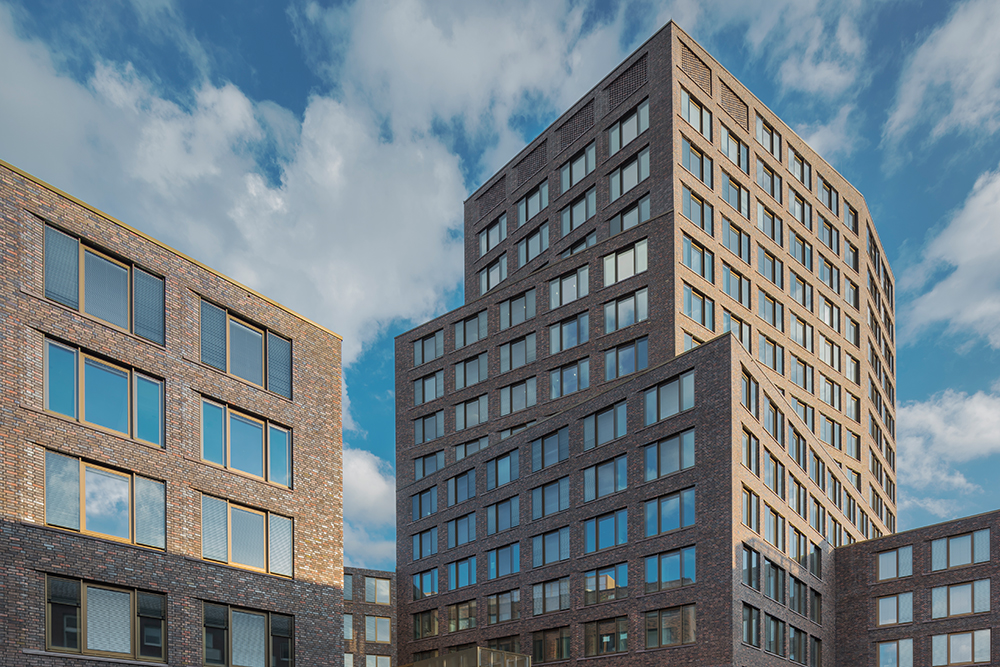 The clinker façade blends in harmoniously with the typical Barmbek brick architecture.